Posted on October 1, 2012 by thejollyfox

It’s here. The vegan month-0f-food has arrived again. Last year was my first year participating. I did well the first week and a half and then lost a lil of my fire. Let’s see if I can help that this time around!

Another delicious recipe seen on Eat the Love that needed some veganizing. They are referred to as shortbread on Irvin’s blog, but my cookies were something else. Almost shortbread, but not too buttery. They have a really nice crumb and texture and the flavors are delicious, but subtle. I decided to omit the cherries because I just felt like I wanted maple-y goodness in its pure form.

Trader Joe’s has been selling small packs of organic maple sugar on the cheap, which is awesome. Maple sugar has set me back almost $11 in the past for a pretty small quantity so I really never used it that often. When I saw it all cheap-like at TJ’s, I knew I had to buy a bunch and it would eventually get used in some treatage. Total treatage. Then Irvin, who I swear reads my mind, made up these little maple goodies. 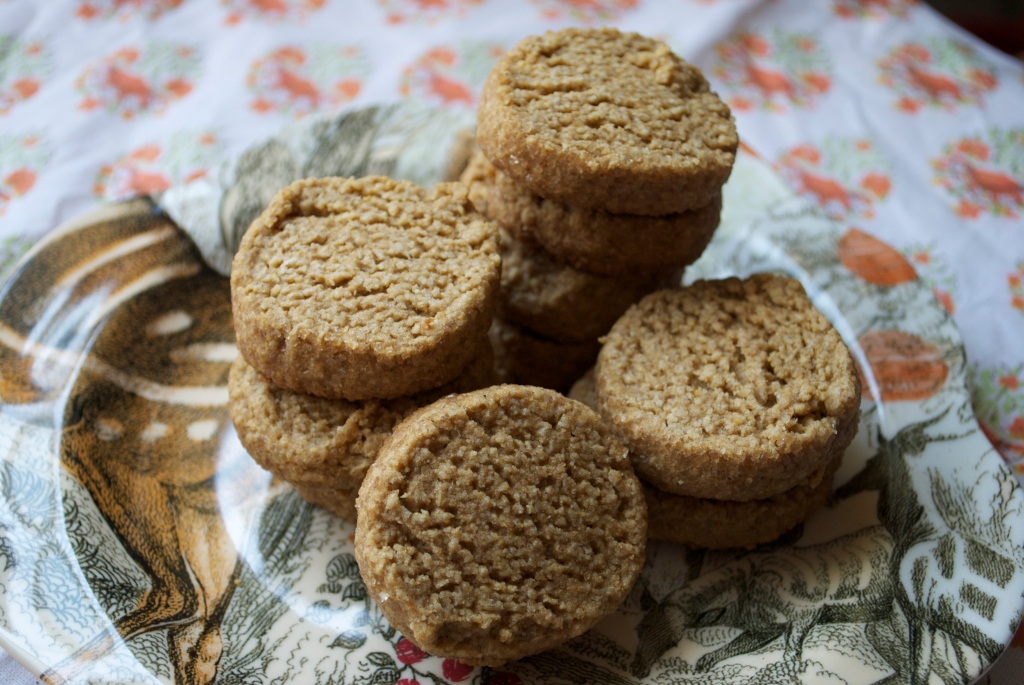 If you’d like to know how to make these vegan, well, I’m going to tell you. Right now:

Okay, so first we start by subbing out butter for equal part Earth Balance or your favorite non-dairy, non-hydrogenated buttery spread margarine product.

Then omit the salt because our good pal Earth Balance has enough salt to cover us.

When you reach the part of the recipe that call for an egg, an a tsp of Ener-G egg replacer dry….also known as don’t whip it with water like the box tells you two.

At that point, I added about a tsp of 100% pure grade B maple syrup.

That’s it. It’s that easy. Follow the rest of the given instructions and in the end, you can invite all of the poor wayward souls that cannot eat glutens over and you can all rejoice in delicious gluten free fall cookie splendor.