Since I need to get my blog up to speed I thought I would throw in this here Saturday post!

One of my most favorite places on Maui is Ali’i Kula Lavender Farm located in….you guessed it….Kula. I kinda love Kula in general because it’s farm country. It’s green and beautiful. You can often see cows and horses roaming the hillsides and the flowers, oh my the flowers. Ali’i Kula Lavender farms grows 45 different species of lavender and lots of other beautiful flowers and plants. It’s basically a botanical garden, the best botanical garden ever. The first time I visited the farm the admission was free, but now it’s $3. Still worth it to go roam around their gardens for a while, inhaling all of the lavender smells and taking in all of the magic. 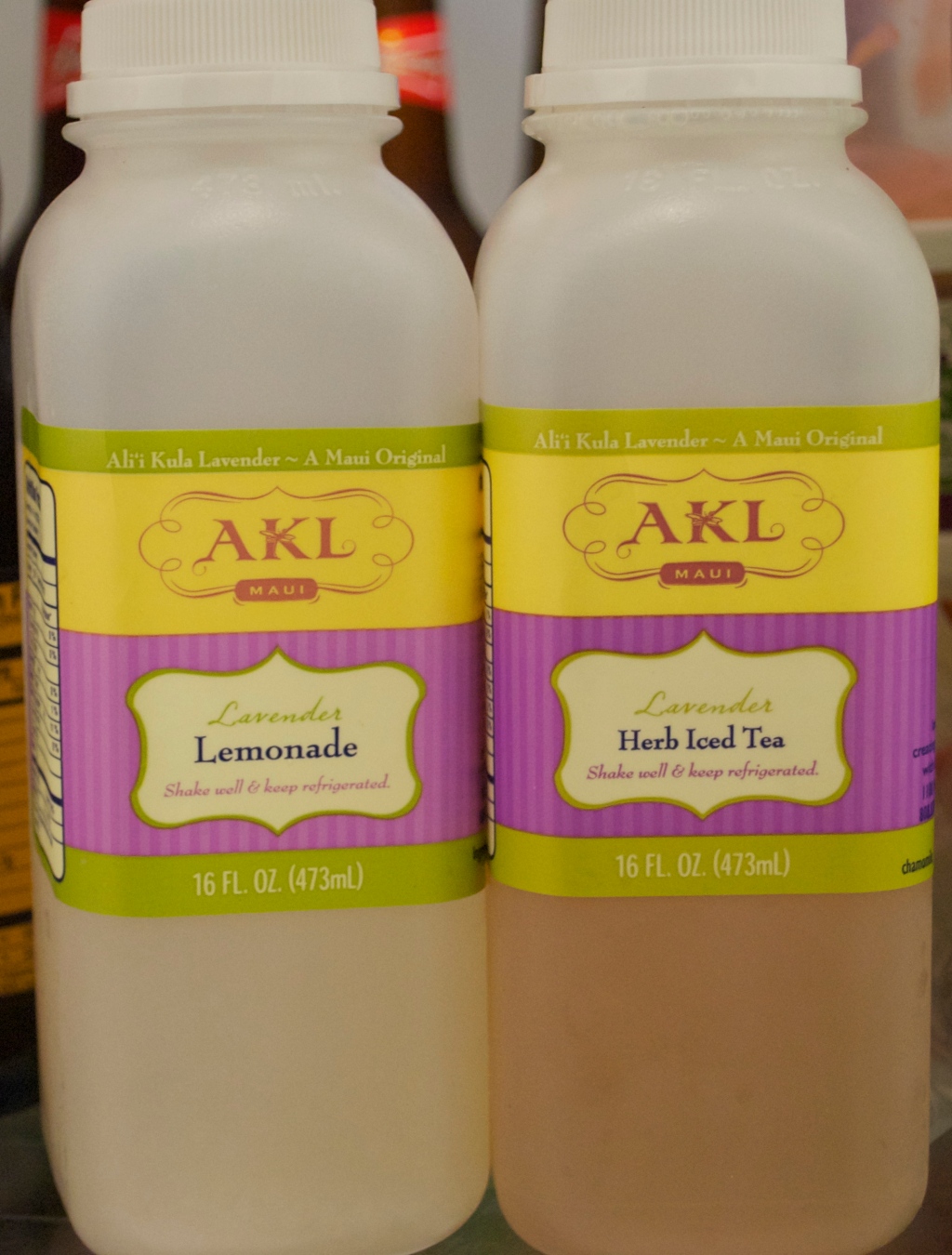 If you happen to visit this farm, do not pass up their gift shop. They have the world’s best gift shop. They sell all kinds of lavender goodies, from basics like lotion, essential oils and lavender buds to amazing lavender spices and syrups and jams, jellies and more. My favorites are the lavender lemonade and herbal tea though. You’ll want to buy two of these, drink half of one and then mix them together for a Hawaiian lavender Arnold Palmer. Yum.

Kula Country Farms has the BEST produce stand. The woman working was super nice and friendly. I bought a few things from her and the produce was fantastic. The stand is also stocked with locally made baked good (none vegan though–boo) and locally made preserves and such. I had already bought a bunch of jams and such, so I didn’t grab any preserves–but next time for sure.

Last of the farms is the dreaded O’o Farm. Located right down the street from Ali’i Kula. I signed up for a farm tour at O’o because they made it sound amazing. It was also going to include a farm to table lunch created by one of Maui’s best chefs. I had explained that my 2 friends and I would require a vegan lunch and they assured that would be no problem. Well, we arrived and listened to a lovely talk by the chef where he showed us some of the wonderful veggies they grow on the farm. That was the best and most interesting part of the tour. We were a bit shocked though to find out that the farm to table lunch was a buffet though. Family style I could understand, but a buffet? Sorta tacky. My friends and I then approached the chef as we had some concerns. First, there was a tofu dish (vegan) and a fish dish. We explained that we were a bit concerned because it was a buffet…..meaning that if we were not first in line then we may not get our share of lunch. Everyone else had two choices, tofu and fish and were encouraged to eat both. We were only limited to the tofu and for the cost of the tour, we were not too jazzed about maybe getting to have one piece of tofu….. 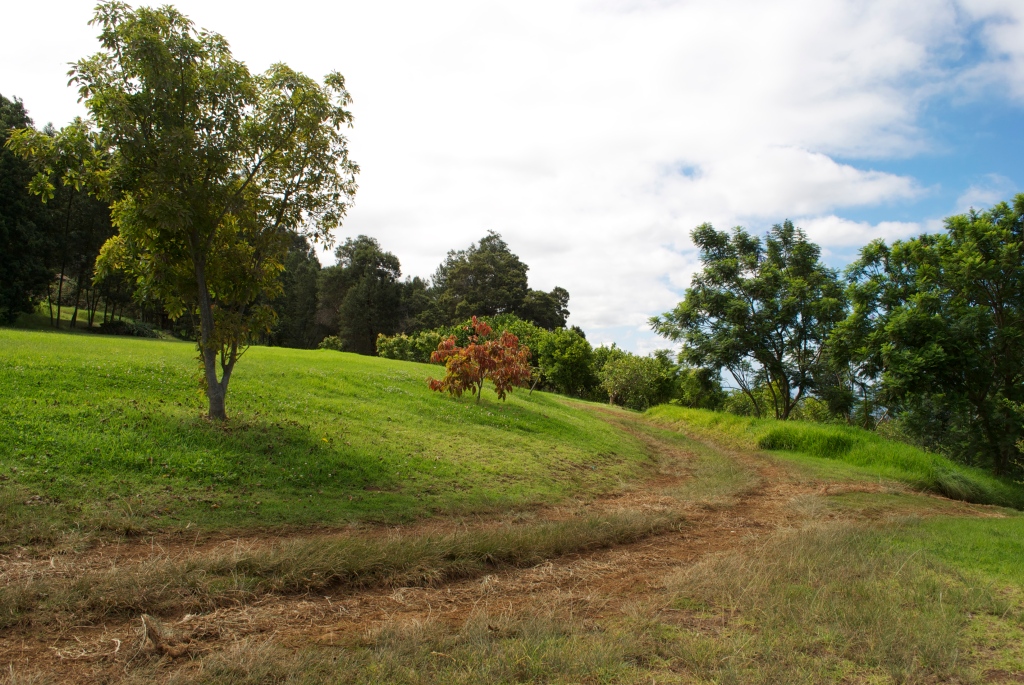 Then we asked the chef about the dessert. It was a dark chocolate truffle and we asked about the dairy content. The chef had no idea what was in the chocolate. He said he gets in out of a “bin” at a food supply…..That really blew me away. Here they are touting that this farm grows produce for Maui’s best restaurants and how this chef is amazing etc etc and he doesn’t even know what’s in the food he’s feeding people…..I mean, we were not asking him for a list of every ingredient, just is there dairy or no dairy? Absurd that he didn’t know. So, basically we were not guaranteed a satisfying lunch or dessert, which had me a little annoyed. I was also annoyed that I explicitly asked if they could accommodate vegans, was assured they could and then the chef didn’t even know. We were all still willing to give this place a chance and continued on with the second part of the tour which was lead by a farmer. And wow…..he was the worst tour guide and public speaker I have ever seen. The tour was boring me to tears and the more boring it got, the more and more annoyed I became. Anyone who knows me or reads this blog knows that I frequent farms. It’s a hobby of mine and I’m into it. This was just the WORST farm experience I’ve ever had. After listening to a 20 minute lecture on compost, the farmer lead us to the smallest crop field I’ve ever seen and said we could pick things for our salad. We had a choice of mint, mustard greens and were told that there may or may not be some green beans left to pick. Again, wow…..for a tour with like 15 people on it I thought this was absurd. I guess this is the kind of experience for a person who knows absolutely NOTHING about plants, farming, vegetables, compost etc. Even if you’re just a gardener you’d find this boring. So, I had finally had enough and asked my friends if they wouldn’t mind just leaving. I’m not trying to sound like a dick, but I’m not the type of lady who is going to pay on the better side of a $100 for something so terrible. The only good thing about the farm was that it was pretty. We decided to head down to Paia and grab a delicious vegan pizza from Flatbread. Best. Decision. Ever.

The best part of O’o were these horses from a neighboring property. No worries though, we definitely turned our day around in Paia…..which is the best little town ever. Again, one of my favorite places on Maui. We did a lot of eating there which I will talk about in the next Maui post! 🙂