For the last two years I have been experimenting with creating and infusing some homemade liqueurs and such. I made apple brandy in 2011, nocino, sloe gin, limoncello and brandied cherries in 2012. Now I have a batch of homemade coffee liqueur (Kahlua) infusing in the pantry, brandied kumquats and a 90 proof limoncello going (thanks to the Saving the Season: Citrus class @ Institute of Domestic Technology). I’m looking forward to when I can get out this spring to pick elderflowers, so I can make my first batch of elderflower liqueur.

I want to can more. I always say that. I’ve done it a few times before and learned a lot more about it at the Institute of Domestic Technology. While in the citrus workshop we made candied citrus peels, preserved meyer lemons, Kevin West’s Time to Kill Marmalade, Rosemary-Lemon Sorbet, and limoncello starters. I have made a couple of those items before, but there was still so much to learn. I was nothing but happy the remainder of the day after the workshop was over. I can’t wait to go back. 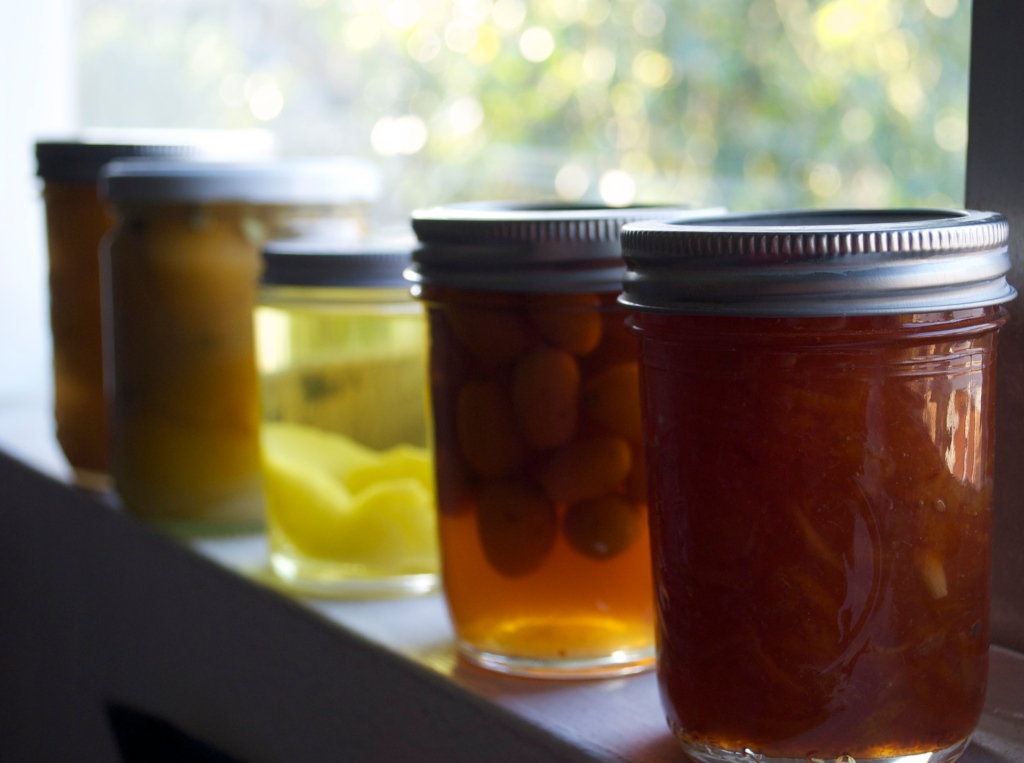 Since then, I preserved more meyer lemons, preserved all of the kumquats from my tree and also bought some blueberries (even though they’re not really in season yet) and made this Blueberry Jam with Lime & Coriander. I only had one pound of blueberries so I halved the recipe to yield 2 half pint jars…which is great. One to eat immediately and one for the pantry. I know I’ll be making a lot more of this when Temecula Berry Co. is back open for the season. It’s so good you can just eat it with a spoon, but also goes well on thickly sliced homemade bread. Toasted, of course. 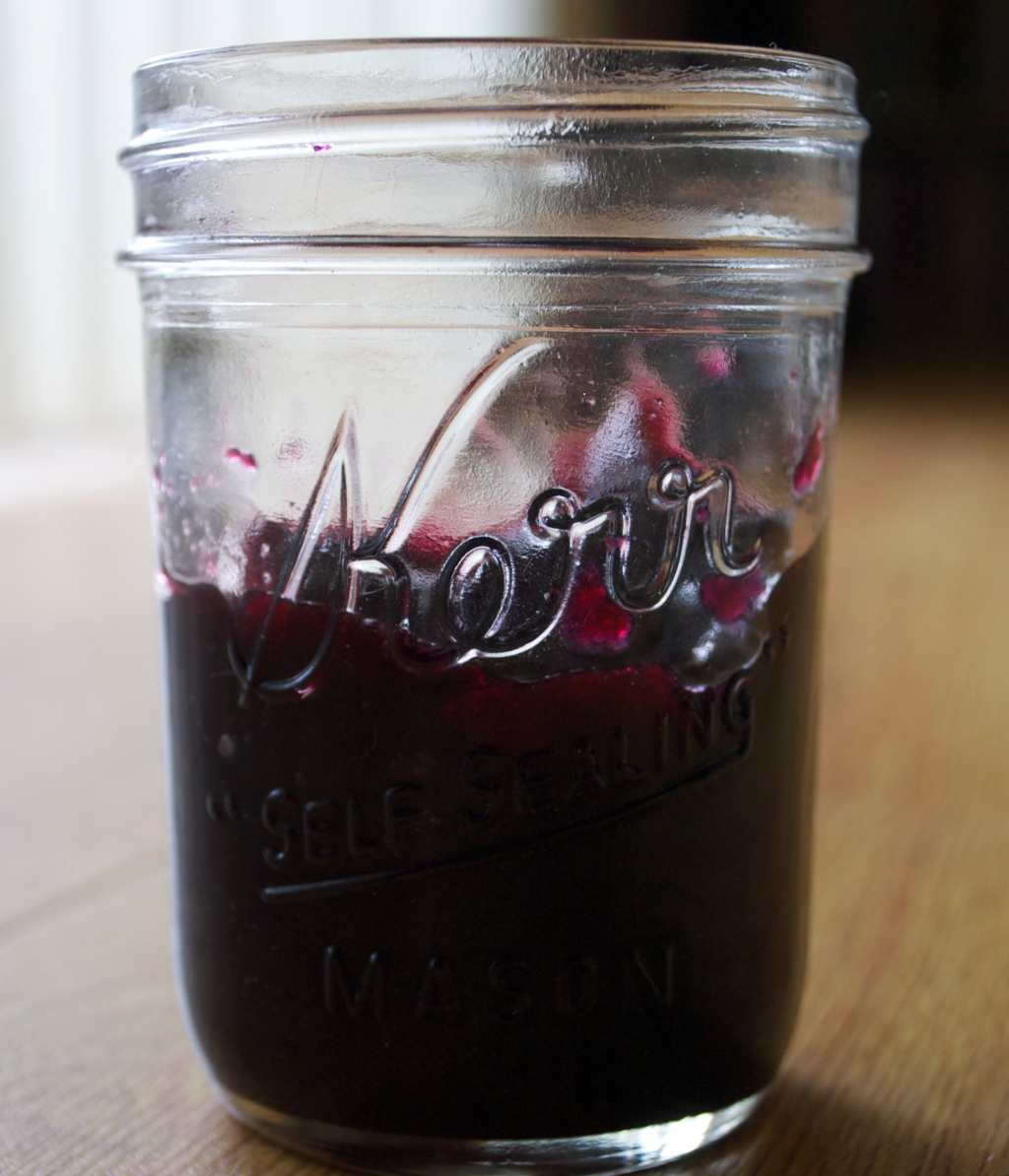 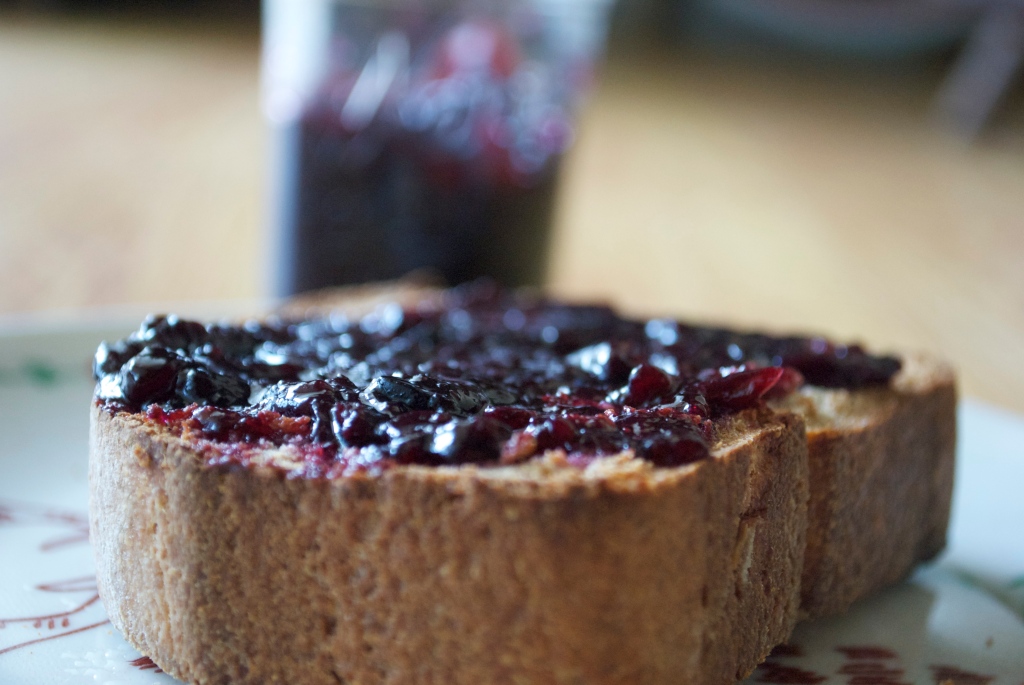 I’m hoping to hit the strawberry farm before I leave for Maui again March 4th, so I can make a little more jam. Be prepared for more tropical inspired treats as I’m sure that’s all I’m going to be thinking about for a while after I get back to California.

ps. This is not a permanent look for The Jolly Fox. New design in development and coming soon. 🙂