Why hello there blog. I am quite sorry I have been neglecting you. I had these wonderful dreams that I would be posting all sorts of December treats and recipes and goodies and things. And now it’s halfway through December. I haven’t even made Christmas cookies yet. Alas. Well, I do plan to make it up to whoever is kind enough to read my little blog here. I have a recipe for Risotto with Radicchio & Tempeh Pancetta that I will be posting tomorrow. For now, I’m just going to share a little bit of what I’ve been eating lately. I haven’t cooked or baked much in the past two weeks, but I did manage a few tasty items.

I’ve only made a vegan version of French Onion Soup once. I don’t know why it was just that one time, as it’s soooo good. I loved it in my pre-vegan days and I was happy to welcome it back into my belly once more. I made a no-beef broth, and then slow cooked some onions for about 6 hours. Then I ladled the soup into these little oven-to-table crocks that I have and topped them with some crusty French bread and some Cheezly. Then under the broiler they go!

Since it’s gotten relatively cool for SoCal, I decided to continue making soup and made this Creamy Pumpkin Soup w/ Tarragon and Sherry from Veganize This! Ms. Bianca from over at Vegan Crunk made it too! I love going to her blog and checking out what she’s up to and what she’s been cookin’. I can’t wait to get her Southern themed cookbook. I love me some vegan southern comfort. So, this soup was like drinking perfectly warmed orange velvet. It was so rich and creamy. The spices and tarragon balanced out the sweetness of the pumpkin and sherry perfectly. Get Jenn’s book and make this soup!

After all of the soup, I decided to then focus on rice. Haha, I didn’t really decide, it just sorta happened. I decided I wanted to share my recipe for Risotto with Radicchio and Tempeh Pancetta, but needed to make it, photograph it and eat it of course to make sure it’s still good enough to share with fellow risotto lovers. And because risotto isn’t enough rice for me, I decided to make the Chai Spiced Rice Pudding Pie from one of my newer cookbooks, Vegan Pie in the Sky. Honestly, it was way too much rice, but I just really wanted to make sure the risotto was perfect and then I just really wanted a to make that pie. I had leftover snaps from other crusts I had been making and I wanted to use them. And I also had all of the other ingredients on hand. So, the Chai Spiced Rice Pudding Pie was made and it was grand. Oh, it was grand. 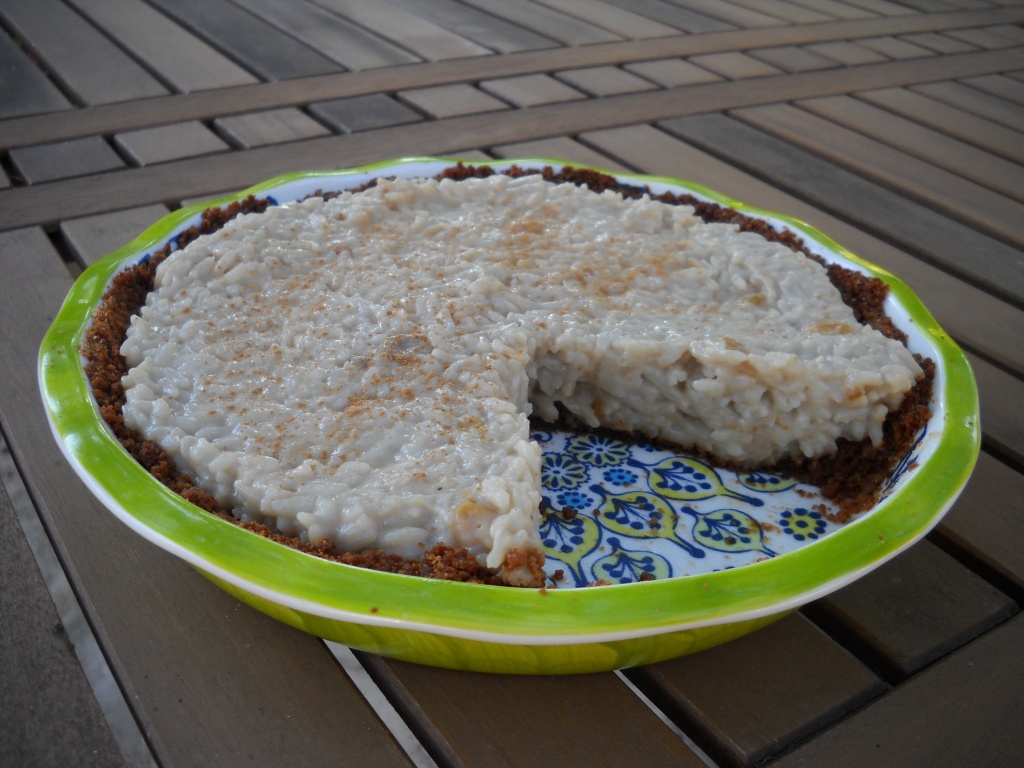 Mmm. Pie. So, this pie consisted of a chai spiced rice pudding created on stovetop, with the finest of chai teas (but of course) with some added golden raisins. I decided to top my pie with a light dusting of cinnamon because I love cinnamon.That goodness was nestled inside a gingersnap cookie crust. After the pudding cools, you put the pie in the fridge and it sets up really nicely. After all, it isn’t really pie if it doesn’t hold a slice. 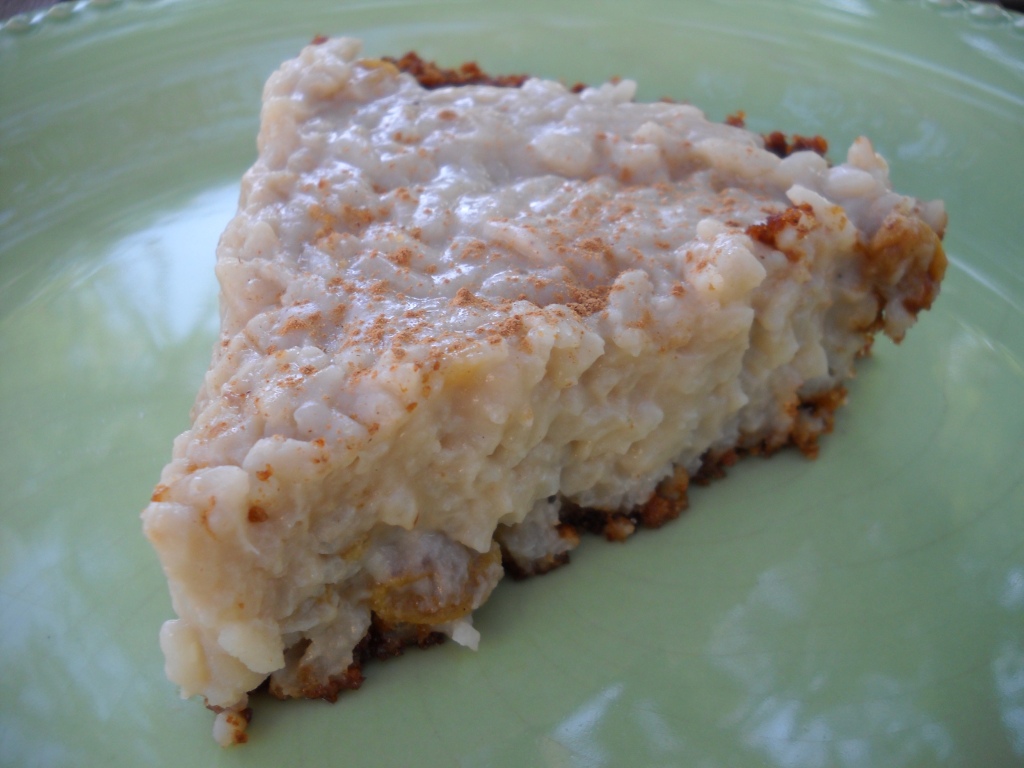 Next up I made these Purple Potato & Zucchini Latkes from SporkOnline. The recipe is actually for mini latkes, but I went ahead and made mine normal sized. They’re topped with a lemon chive sour cream which was perfect for these. You can access the recipe for these guys on SporkOnline if you’re already a member. If not, you can become a member and instantly be eating latkes too. Well, maybe not instantly, but you can be eating these pretty fast. 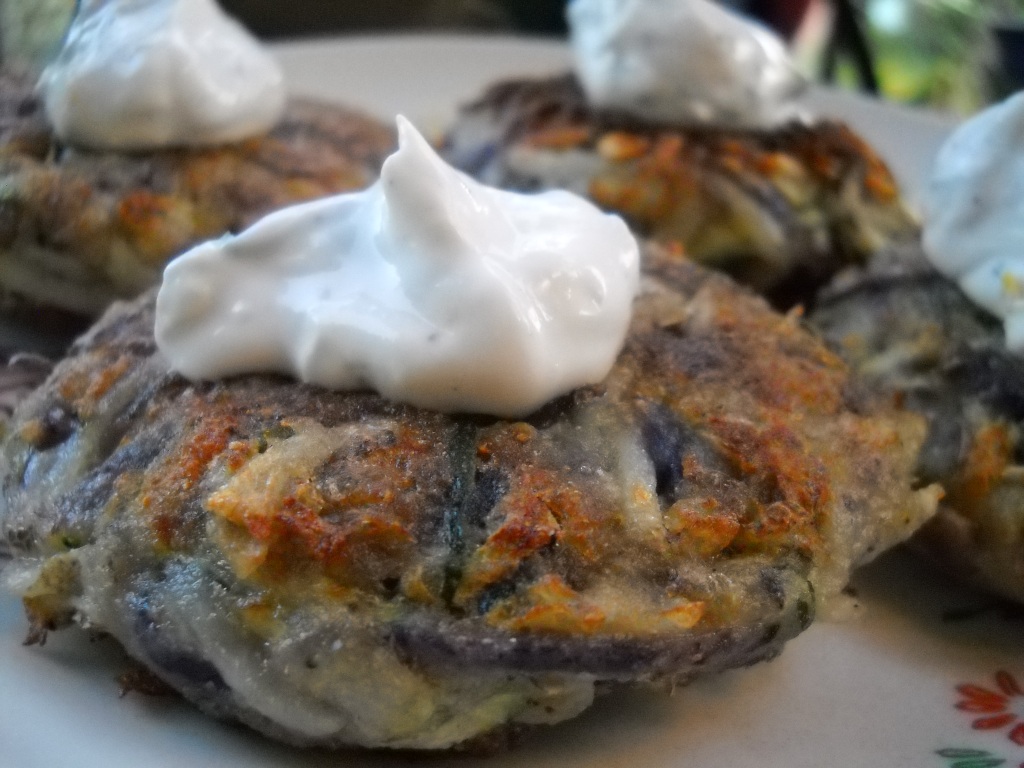 2 Comments on “Hello There.”